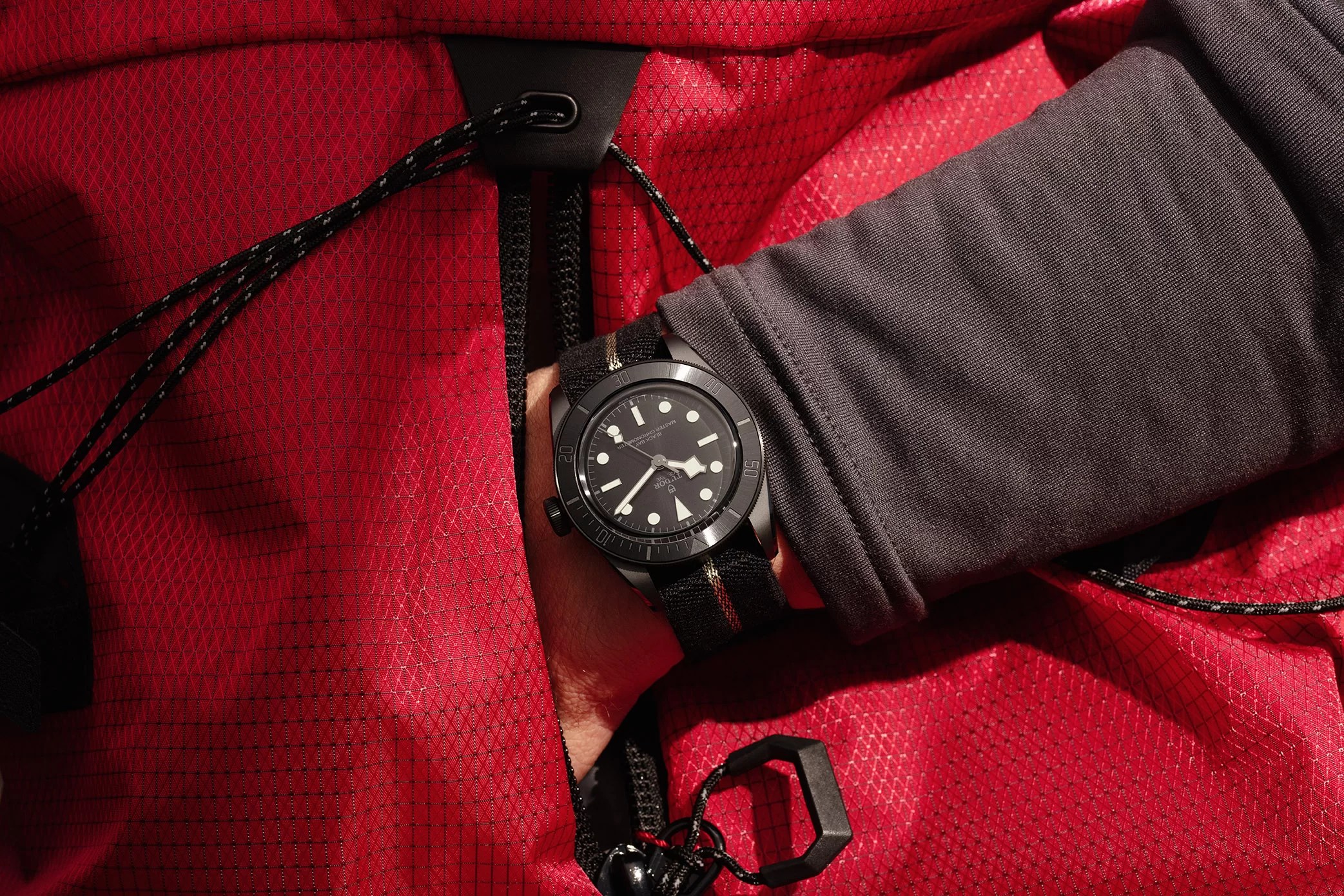 Having garnered instant acclaim since its introduction in 2012, the Black Bay collection has become emblematic of Tudor’s pursuit of mechanical and aesthetic excellence. The Black Bay’s meteoric rise as an iconic dive watch is marked by several milestones, including the debut of Tudor’s own Manufacture movement in the collection in 2014, as well as various multifaceted design and material iterations that have propelled the collection to heights of popularity and demand. Now, the relentless quest for watchmaking perfection is again demonstrated by the latest Black Bay Ceramic, a Master Chronometer-certified timepiece that is unprecedented in technical performance. 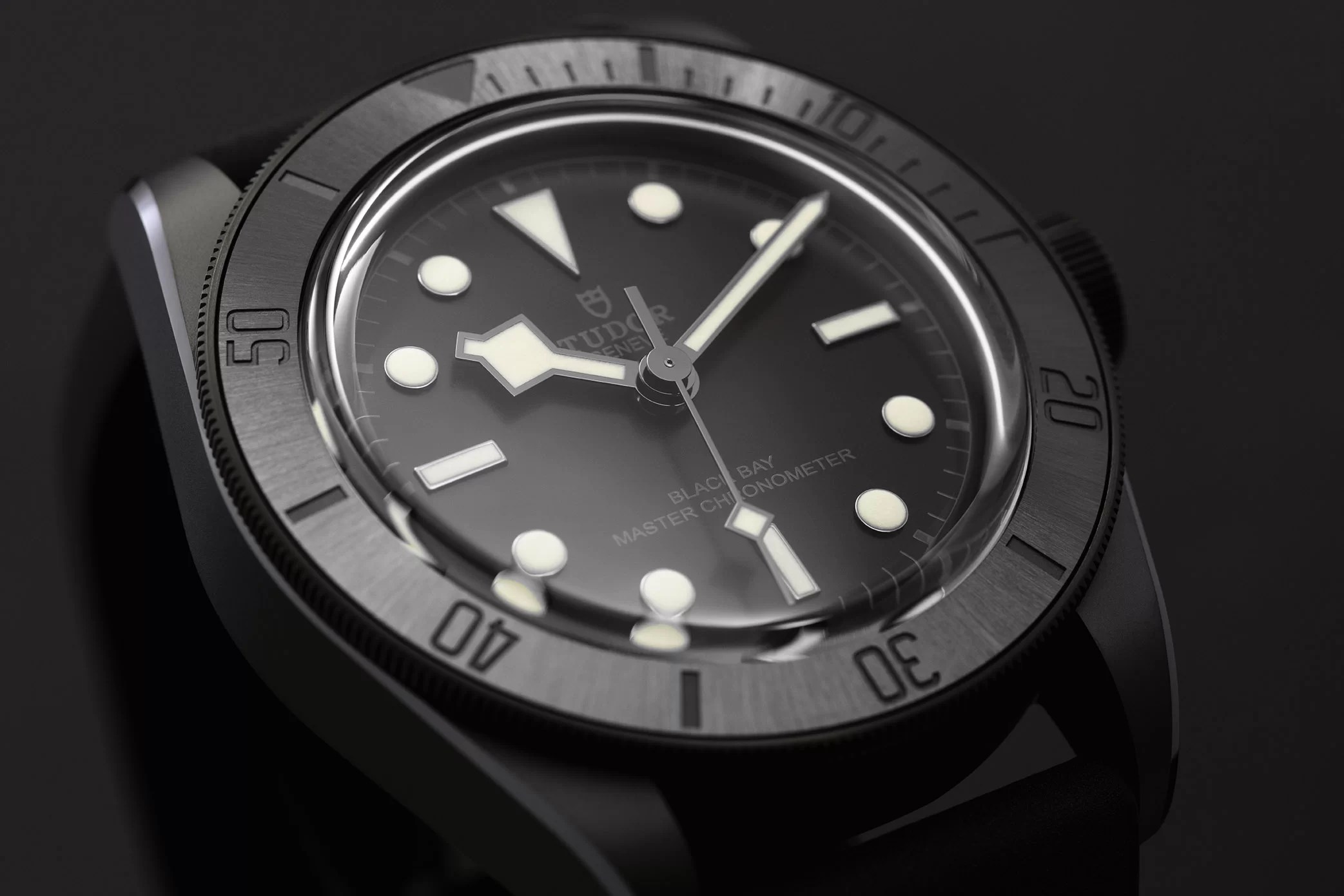 Literally the most mechanically robust Black Bay yet, the Tudor Black Bay Ceramic has been put through the most demanding tests known to modern watchmaking. The rigorous tests are conducted by an independent institution called METAS (Swiss Federal Institute of Metrology), which offers conformity assessments for manufacturers of measuring instruments. Besides watches, METAS certifies products and equipment from companies in the nanotechnology, hydrometrics and radiometry industries, amongst others.

The Black Bay Ceramic, which already boasts the COSC certification, undergoes five specific tests under METAS to earn the title of Master Chronometer: Swiss-made constitution, precision, waterproofness, anti-magnetism and power reserve. Suffice to say, the watch passed with excellent results, with some surpassing even the standards set by METAS. 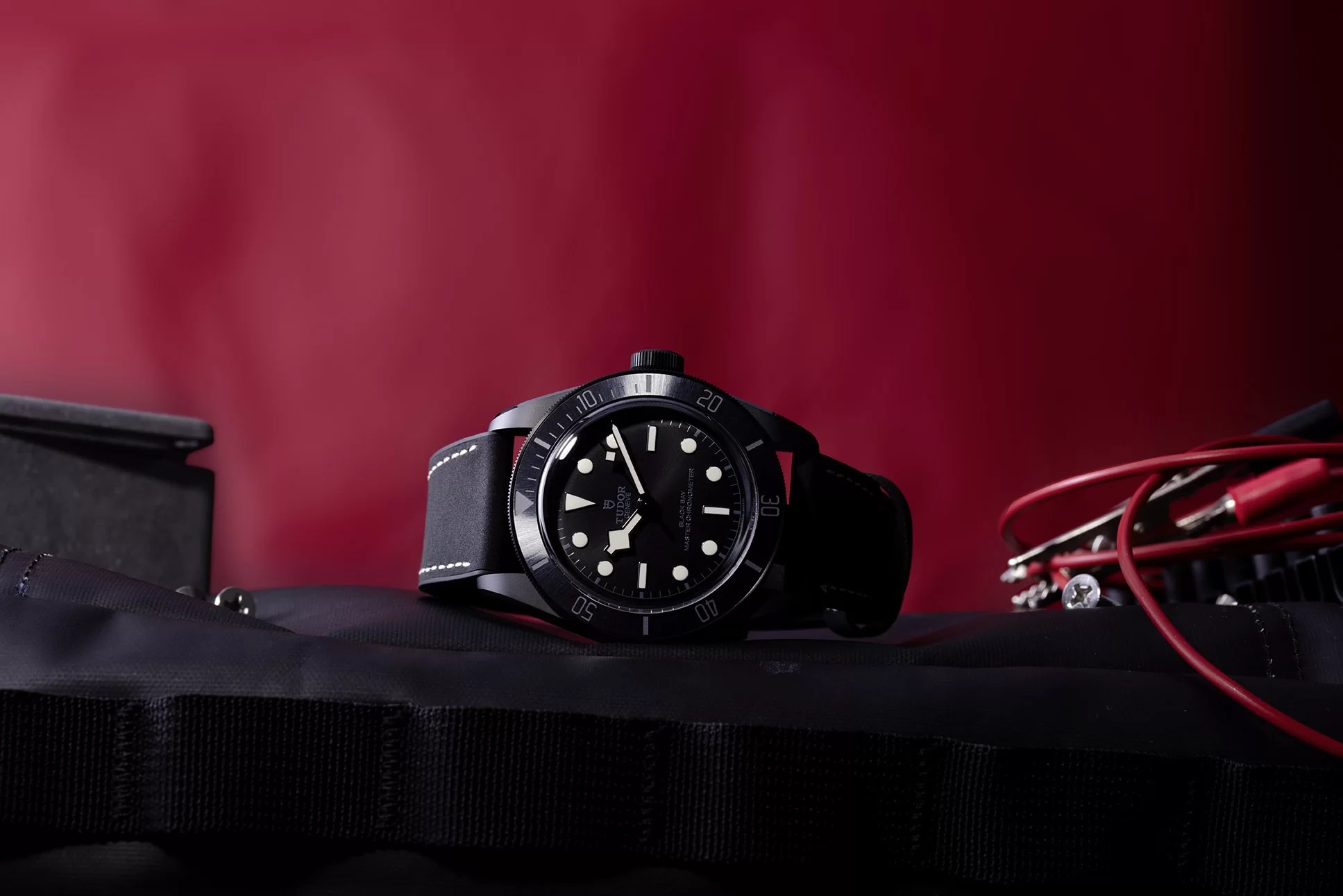 Even more impressive, the 41mm watch is resistant to magnetic fields of up to 15,000 gauss. Magnetic fields emitting from gadgets like mobile phones, laptops and other electronic devices can interfere with a mechanical watch’s precision. The Black Bay Ceramic’s anti-magnetism rating is currently the highest achievable standard for modern timekeepers.

With waterproofness an essential feature for any bona fide dive watch, the Black Bay Ceramic excels with water resistance of 200m that is in accordance with ISO 22810:2010 standards. Last but certainly not least, all Black Bay watches are ‘weekend-proof’. Boasting 70 hours of power reserve, the Black Bay Ceramic allows its owner to leave the watch on the dresser for the weekend and strap it on two days later with the timepiece keeping perfect time.

The watch’s gilded presence hasn’t diminished its performance. A robust tool watch of the highest order, the Black Bay Fifty-Eight 18K is waterproof to 200m, and its self-winding movement is COSC-certified, offering optimum timekeeping precision and power reserve of up to approximately 70 hours. Certainly, a timepiece made for the most discerning of dive watch aficionados. 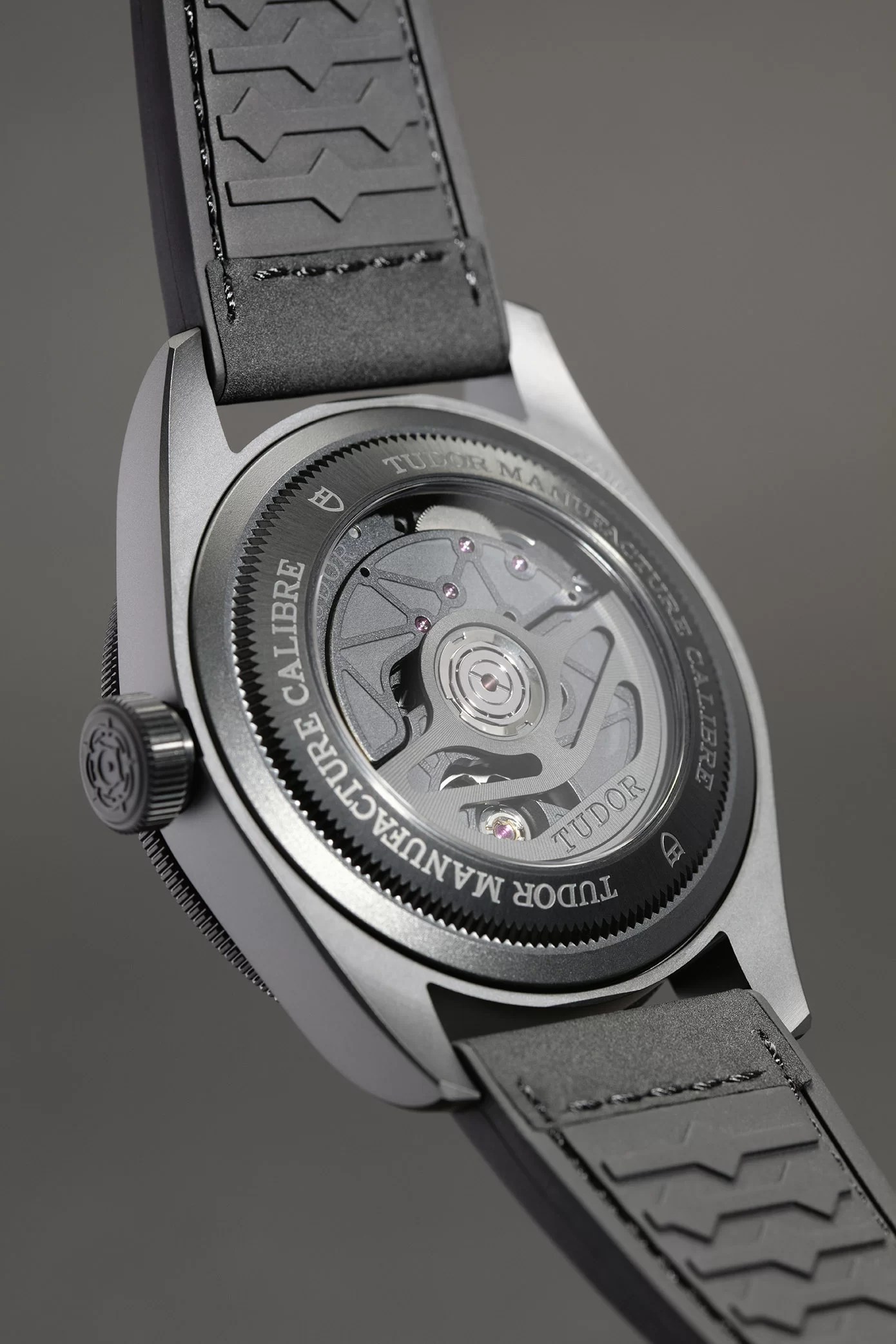 At the heart of the Black Bay Ceramic is the Manufacture Calibre MT 5602-IU automatic movement. Developed and conceived entirely in-house, the epochal engine is the first Tudor movement to be conferred the Master Chronometer certification. And it lives up to the name with features such as a state-of-the-art silicon balance spring and variable inertia balance for optimum precision, as well as several secret components that contribute to the watch’s impressive anti-magnetism.

The movement’s robust qualities and incomparable performance is complemented by its dark, sculptural beauty. Showcased in its full glory via an open caseback, the movement is sheathed almost entirely in back with its open-worked tungsten rotor, bridges and plates with unique galvanic treatment, as well as a variety of sandblasted, polished surfaces and laser decorations that lend gravitas and mystique to the high-performance engine. Whether paired with a hybrid leather-and-rubber strap or a fabric option, the Black Bay Ceramic’s monochromatic style echoes modernity and performance-driven spirit from every angle. The monobloc ceramic case – previously seen on the Fastrider Blackshield (2013) and the Black Bay Ceramic One (2019) – features a matt treatment, accentuated by bevelled edges that are mirror-polished to endow the watch with sleekness and definition. Similarly, the unidirectional bezel in steel is treated in black PVD, and comes with black ceramic inserts with satin finish and engraved markings, elevating the watch’s charms while promising uncompromising legibility. 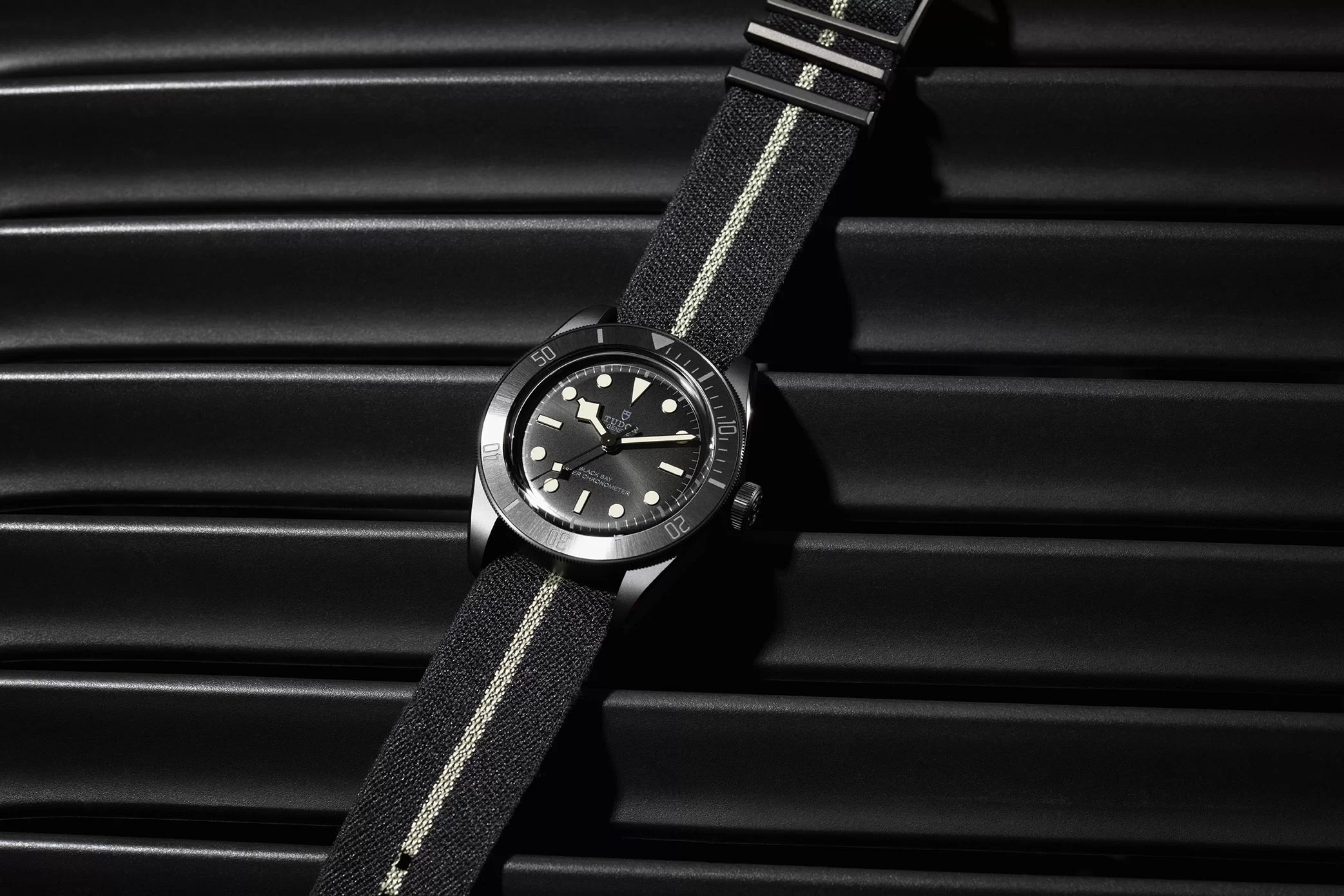 Bolstered by signature features like the domed sapphire crystal and historically inspired ‘Snowflake’ hands that channel Tudor’s rich lineage in dive watches, the Black Bay Ceramic’s iconic design will be familiar to legions of Black Bay fans. At the same time, the watch is uniquely groundbreaking – a truly iconic timepiece that pushes the envelope on technical supremacy to go where no other Black Bays have gone before. Holiday Picks For Him and Her Festive Gifts for That Special Someone – Rolex Sky-Dweller